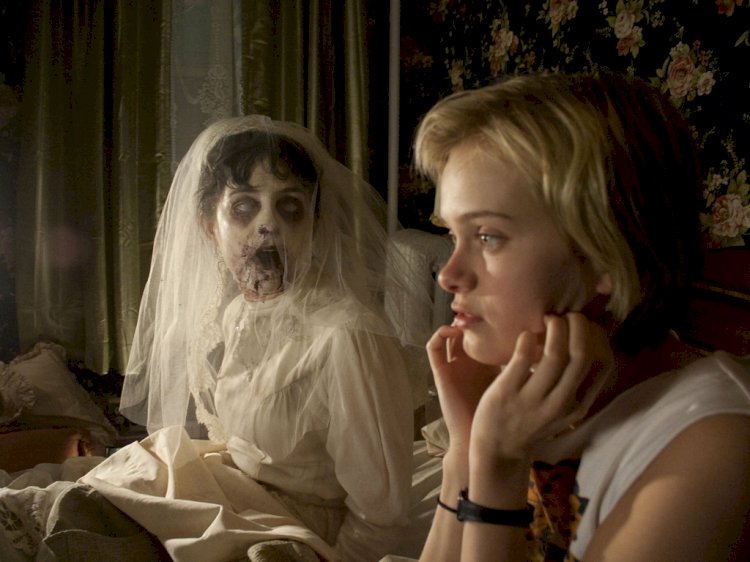 This top horror films are based on the peculiarities of unusual plots, which make them not "passing horror films", but films that can be watched several times.

5. The Curse of La LIorona

The plot of the film tells the legend about the ghost of a woman - La Llorona, who once drowned her own children in revenge for her husband's betrayal. After that, she herself, unable to survive such grief, drowned herself and remained to walk the earth in the guise of an ominous spirit, taking other people's children who heard her cry under her influence. In 1973, the family of the protagonist Anna faces La Yorona and in order to save her children she will have to believe in the impossible and try to expel evil once and for all.

The Curse of Annabelle is a film trilogy consisting of:

The film tells about a porcelain doll, which is the subject of the demon's attraction, which makes not only the characters, but also the audience, nervous and freeze from horror. The trilogy tells about the birth of the demon and his subsequent stay in the human world. It is a spin-off of The Conjuring movie.

The tetralogy of the Astral franchise tells about the spirit world, which is intermediate between the physical and divine dimensions. The combination of the originality of the plot, the play of wonderful actors and good graphics makes the film very pleasant to watch, makes you experience fears along with the heroes of the film. The soundtrack is chosen in such a way that it gives the right scary effect for a horror franchise. It is worth noting that ghosts and demons appear in the frame quite often, which with the right presentation scares even more than with the formula for constructing horror films "the less screen time is devoted to the source of evil, the more it scares."

The franchise currently consists of two films, The Conjuring (2013) and The Conjuring 2 (2016). It is the central story of the "Conjuring" universe and is a cinematic reproduction of the life of Ed and Lorraine Warren, fighting the paranormal and helping people who are themselves possessed by demons.
"The Conjuring" is a really exciting and scary horror movie, but the main difference lies in its plot, which is not a simple nonsense with screamers and "caustic" musical accompaniment, but a rather deep meaning that makes you worry about the main characters from the first minutes.

Topping the list is the film "It", based on the novel of the same name by American writer Stephen King, which tells the story of seven friends who are terrorized by an ancient evil creature that takes on various guises and embodies the deepest fears of the human soul.
The plot passes through two age lines - childhood and maturity of the main characters and makes you experience all the horrors of the film with them. Evil on the screen transforms into a variety of horrors, making the antagonist multifaceted, not boring and very memorable.
Professionally staged scenes and horror scenes, combined with modern film processing technologies, leave the audience feeling of complete satisfaction.
I would like to note that the film "It" is a reference horror film, combining an exemplary plot, well-chosen cast and an extremely attractive killer clown.

What people after whom famous brands have been named look like