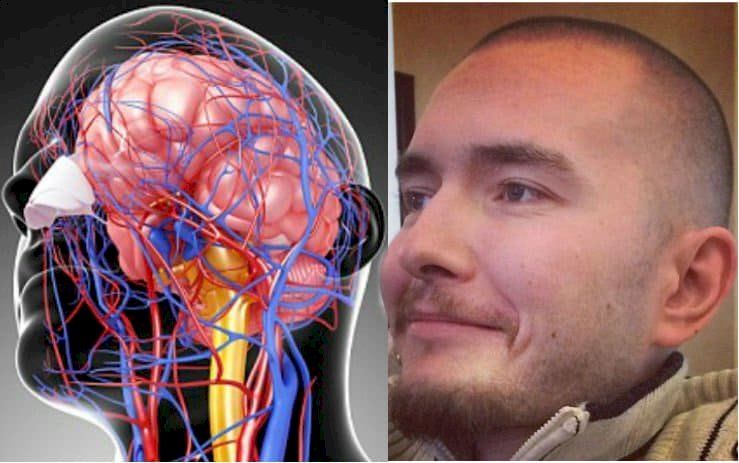 Futuristic novels are full of stories in which human tissue grows like tomatoes and is used when the original parts are worn out or damaged. Neurosurgeon Sergio Canavero told the world that he will be able to perform the first successful head transplant. 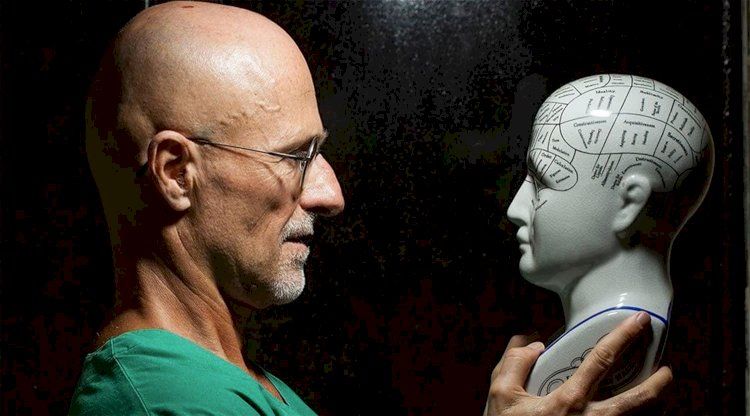 A cephalosomatic anastomosis in science is nothing more than stitching the recipient's head into the donor's body (head transplant).
Experiments on animals have shown that this is a complex and multi-step process. The recipient's body must be cooled to a temperature of 12-15 ° C, which will allow the brain to survive the critical part of the procedure when it is disconnected from the circulatory system.

Without access to oxygen carried by the blood, neurons die within 2-3 minutes. Refrigeration extends this time by about an hour, which is required for neurosurgeons to insert anti-collapse tubes into the cut arteries of the donor and recipient and then connect them together.
Then, at the 4th and 5th cervical vertebrae, it is necessary to cut the spine with a powerful bundle of nerve fibers that make up the spinal cord and connect the brain to the rest of the body. This is one of the most difficult points in this procedure. The cut must be straight and clean so that the ends of the fibers do not chafe. Thanks to this, as practice shows, the chance of reconstructing neural connections after attaching the head to the donor's body increases.
The next step is to place the recipient's head on the donor's body and connect other tissues: blood vessels, trachea, esophagus, muscles, tendons, etc. Canavero claims that the whole procedure will take about 72 hours! 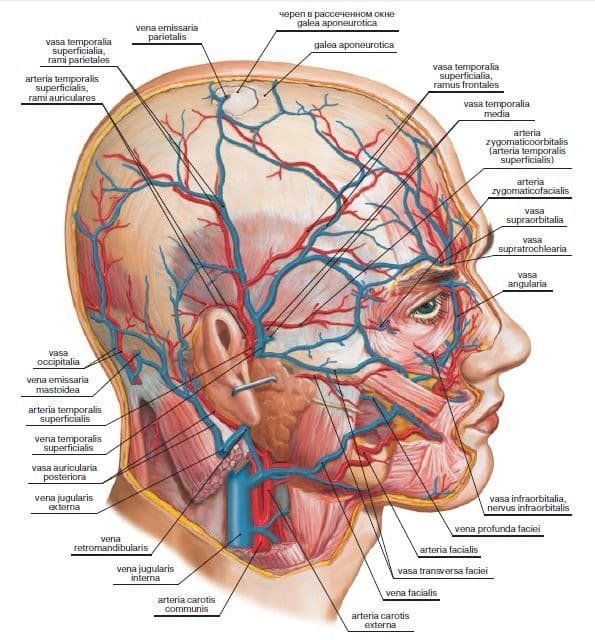 The Italian surgeon plans to coat the area where the recipient's core contacts the donor's core with polyethylene glycol (PEG), which acts as a binder and promotes the regeneration of nerve fibers. It has already been used previously in animal experiments.
In scientific publications dedicated to them, it is reported that 5 out of 8 mice, which cut the spinal cord, and then tied it with PEG, after some time were able to restore mobility.
After the completion of the operation, the patient must be in a pharmacological coma for at least 30 days. This is to minimize blood flow and allow any associated tissue to heal. At the same time, the spinal cord that has been spliced ​​undergoes electrical stimulation to help restore nerve connections. Dr. Canavero predicts that the patient will need at least a year to recover from awakening.

This all sounds pretty consistent. However, the Italian's colleagues are rather skeptical about the idea and point to obstacles that can frustrate the plans of an ambitious neurosurgeon:
1. The probability that the brain of the recipient will withstand the cooling is only 25%.

2. So far, no one has managed to fuse the spinal cord at the level of the neck, and a similar experiment on rhesus monkeys showed that in this situation the patient would be paralyzed.
3. It is difficult to predict how the brain will survive the complete change in the thousands of biochemical details between the old and the new body. It is very likely that he will simply turn off his most advanced feature, awareness. And even if he doesn't, how will the transplant affect the recipient's psyche? Whose personality will remain - from the body or from the head? 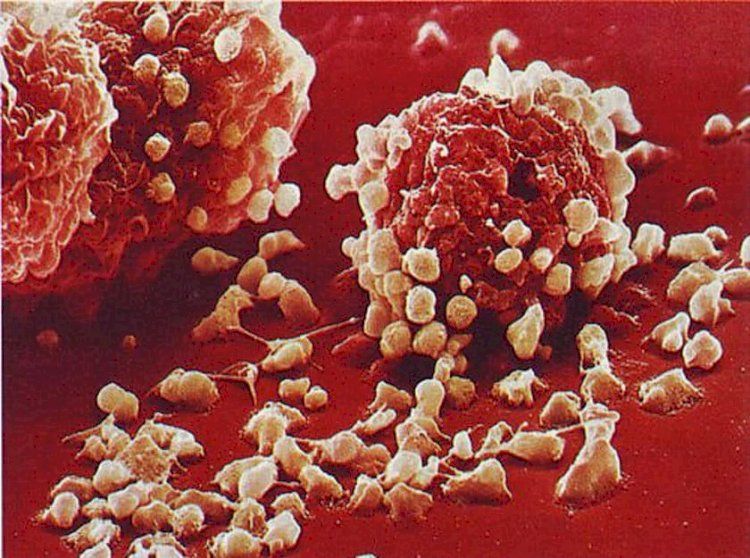 4. It is known that face transplantation requires extremely intensive immunosuppressive therapy that suppresses the immune system. In the case of the entire head, it will be necessary to practically disable the human defense system, and he can quickly die from the first infection.
5. The donor body will have a complete immune system - bone marrow, spleen and lymph nodes. For him, the recipient's head will be alien, which can cause a graft-versus-host reaction. Such was the fate of the aforementioned rhesus monkeys, dogs and mice with head transplants.

3. Heart from Cape Town
Although the experiments and visions of the Soviet scientist V.P. Demikhov were shocking, it is difficult to deny their great influence on the medical world.
In the 1950s, a young surgeon from South Africa, Christian Barnard, visited his laboratory. It was his research in the field of transplantation that culminated in 1967 with the first successful human heart transplant.
And although his patient lived for about a dozen days, Barnard was recognized as the founder of transplantation. However, he always emphasized the great role of the Soviet researcher in his career. He himself called Demikhov the father of heart and lung transplantation.

4. Animal head transplant
It all started with Stalin's dream to create a hybrid of man and machine. Soviet physiologists, trying to bring to life the vision of the leader of the Soviet Union, resumed experiments interrupted during the First World War.
In 1925, Sergei Bryukhonenko designed a device that maintains blood flow - an auto-reflector. Three years later, at the III Congress of Physiologists of the USSR, he put a live dog's head on public display. A head without a dog's body!
He already knew that with the help of an autovector (the prototype of the modern heart-lung) and anticoagulants, he could keep the truncated heads of dogs alive for about 3 hours. He presented to the assembled scientists the responses of the head to various stimuli:
• the head shuddered from sudden sounds,
• the pupils are constricted by light,
• mouth swallowed a piece of cheese, which immediately fell out of the neck.
The experiment had a wide resonance throughout Europe.

5. Demikhov's experiments and their consequences

Perhaps it was these achievements of Bryukhonenko that inspired Vladimir Demikhov, who began experimenting with animal transplantation while still at the institute.
On October 25, 1946, Demikhov was the first in the world to perform a heart and lung transplant in a dog. The animal survived the night, and in the morning of the next day it tried to rise. When another day passed and the dog seemed to be recovering, Demikhov notified Professor E.B. Babsky, the guru of Soviet physiologists. On the same day, he came to the orphanage and took the scientist with a four-legged patient to the Moscow Research Institute. Molotov. Roentgen confirmed the truth of the words of the researcher. Shaken Babsky called a council, during which the dog fell from a table a meter high, and his heart stopped.

Eight years later, Demikhov sewed the puppy's head, along with the shoulders and forepaws, to the neck of an adult German shepherd. Although both heads had the same circulatory system, they lived different lives: they slept and woke up at different times, one head growled and raised its ears independently of the first. The puppy ate and drank himself, but all the food fell on the shepherd's shaved neck. The pirate, as the hybrid was called, lived for 29 days. 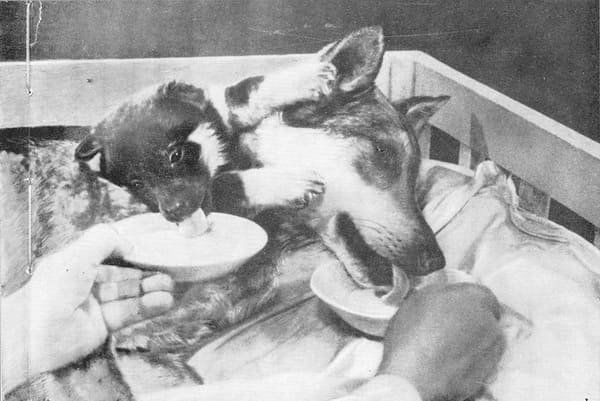 Ten years later, on his initiative, the American professor Robert White from Cleveland performed a rhesus monkey head transplant. After the operation, the macaque could still hear, smell, taste, eat, and look. However, since the operation involved cutting the cervical spine, the animal's body was paralyzed. She died 9 days after the transplant from immune system failure. Dr. Jerry Silver, who worked with the surgeon, said: “When her head woke up, there was a grimace of pain and suffering on her face. It was a terrible sight! Nobody should ever do anything like that again. "
However, once a scientific machine is set in motion, it cannot be stopped. In the last decade, Chinese scientists have studied in detail the records of the work of Demikhov and White.
Over a thousand mice were transplanted heads on them. The rodents could move independently, look around, breathe and drink, but all died within 3 hours after transplantation. According to the Chinese, the cause was excessive blood loss and cerebral edema.
In South Korea, Xi-Yun Kim's team at Konkuk University is practicing techniques to connect a broken spinal cord in mice.

6. Head transplant: the dream of immortality
Sergio Canavero believes that there are currently no technical obstacles to carrying out a total body transplant. In his opinion, enough experiments on animals have already been carried out to try to carry out the first such transplant in humans. At the same time, he argues with skeptics, referring to cases where patients managed to recover spinal cord injuries or spinal fractures.
This has its merits with Polish neurosurgeons. In 2012, they performed a pioneering operation on a firefighter who received 18 stab wounds two years ago, which resulted in a thoracic spinal cord cut. 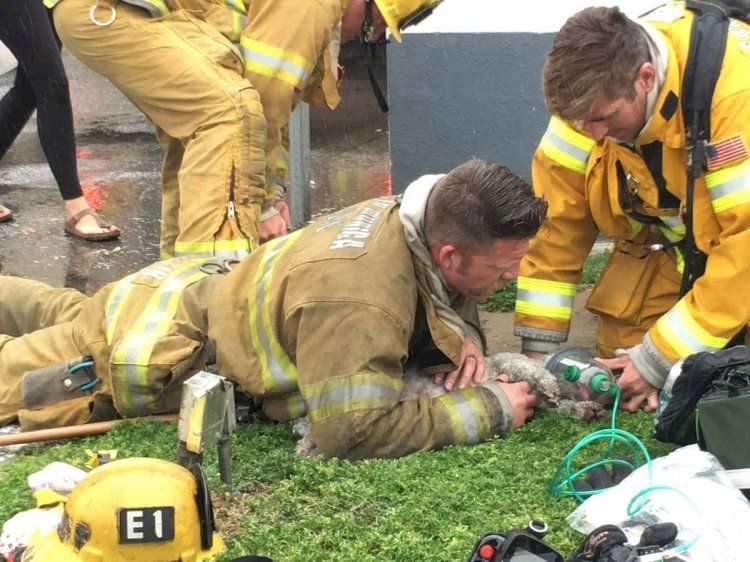 The man has lost sensitivity below the waist. Dr. P. Tabakov's team from the Department of Neurosurgery at the University Clinical Hospital in Wroclaw implanted his own glial cells taken from the olfactory bulb and fragments of peripheral nerves. Thanks to this, it was possible to restore some of the broken connections. After 4 years of rehabilitation, the patient began to walk, but still has not regained full physical shape. Moves in prostheses or walkers.
Although this therapy offers hope for people paralyzed by spinal injury, it should be emphasized that it was carried out using the patient's own cells. In a situation where it is necessary to connect two foreign nuclei, it is difficult to predict how glial cells will behave.
The Italian surgeon has been dreaming of the first full-body transplant to a human for many years. Back in 2013, he announced that he was going to carry out such a procedure. However, he admitted that it was a very difficult and expensive undertaking (of the order of several million euros).
He made his first set two years ago. He even had a volunteer - Russian computer scientist Valery Spiridonov, who suffers from type I spinal muscular atrophy. The transplant was supposed to take place last year.
Since European medical institutions were not eager to accept the Italian's challenge, he had to use the help of Chinese research centers. But you have to pay for it.
Since Canavero will use their technical equipment, the Chinese will become the first patients. Who will be the donor? So far, we are talking about a person who died in an accident or was sentenced to death.
The operation will be performed by the team of Surgeon Canavero and Dr. Xiaoping Ren. They prepare for this task by practicing head transplants to dead monkeys and human corpses.
“This operation will set new frontiers in science,” says Dr. Sergio Canavero.
However, it is difficult to resist the thought that he does not mean the salvation of people, but the immortality of his own name.